The oldest settlement in Poland

In ancient times the Amber Route included towns from Italy to the Baltic Sea. It connected the most important merchant towns in Europe. One of those places was the oldest city in Poland – Calisia, later renamed Kalisz. On the lands of today’s Zawodzie, the district of Kalisz, there was the earliest craftsmen’s settlement with St. Wojciech’s Church. St. Wojciech’s Church. 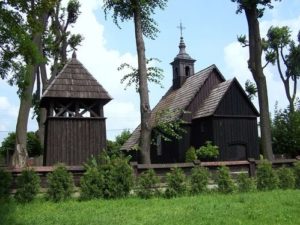 The legend says that St. Wojciech came here by boat to give a sermon. The first church in Zawodzie was raised in the first half of the eleventh century. The archaeological excavations which started in 1930s enabled the researchers to establish the architectural outline of that place. The archeologists uncovered the fascinating items which gave the broad knowledge about the everyday life of the dwellers.